If you’ve ever seen a thorn tree, you’ll know that they are a farmer’s worst enemy. They are good for nothing! All they have to offer is flat tires. So the other day, I saw Earl coming up the pasture dragging a big thorn tree. He had just declared war! 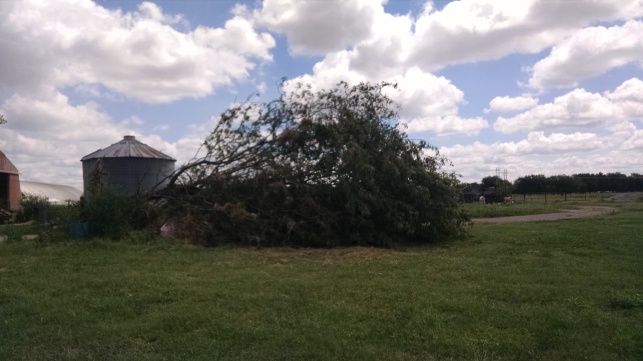 I didn’t even know this big tree existed. He said he’s been wanting to take care of this tree for a long time. He pulled it out…….roots and all. So the next morning after chores, we headed to the “back forty” to cut down all the little saplings that had started to grow.

It was a dangerous “crew” that morning. Candace had the axe and the machete…….both were nice and sharp. She was gonna take care of business! 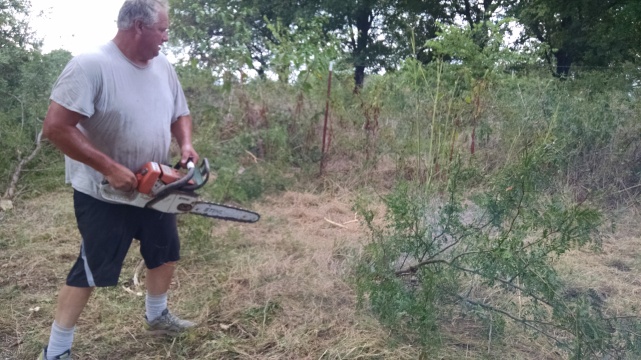 Earl had the chainsaw……..it was a “chainsaw massacre.” He was on the warpath for all thorn trees. Just look at that determined look on his face! 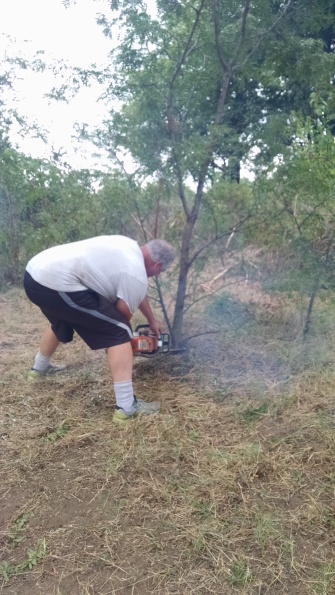 Yep, he sure did. He mowed them all down and then some. Candace and I were getting “high” on the chainsaw fumes. Cough! Cough! It hadn’t been run in a while, but it’s running now. Go get ’em cowboy! 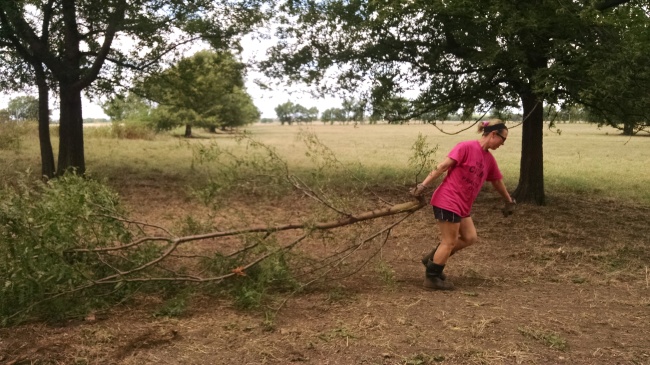 I was the appointed one dragging all the cut limbs to the farm truck. You definitely want to have a pair of leather gloves for this job. 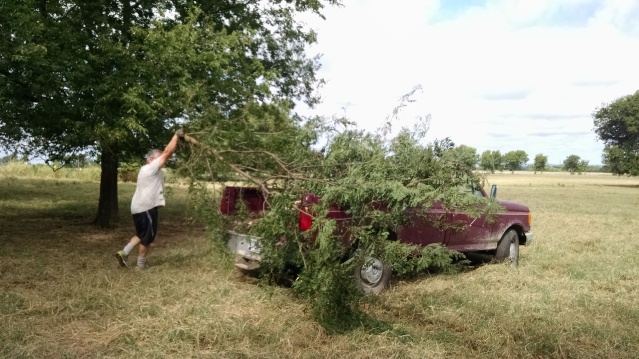 We had a full load. When you have an old truck like that, it doesn’t matter if you get scratches. We piled that “baby” high and headed for the burn pile. Thorn trees are meant to be burned. Amen! 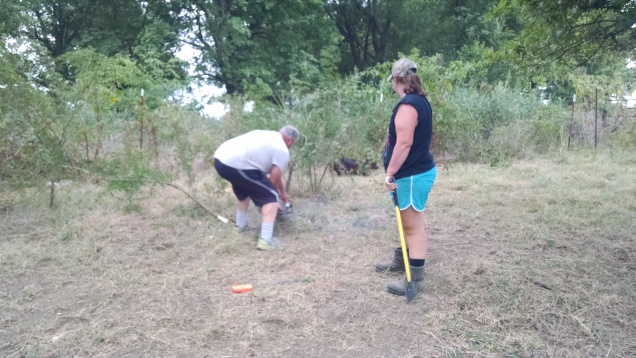 But wait……..what do I see back there in the weeds?! 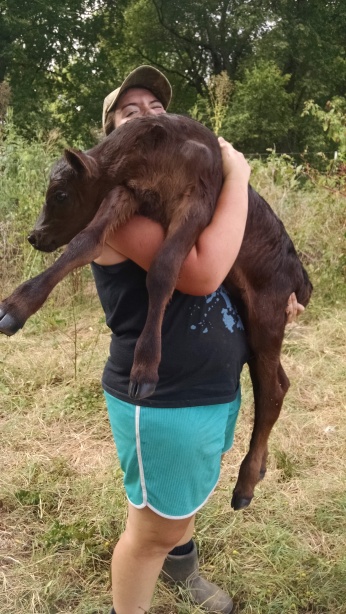 Yep, a brand new calf. It was scared with all the noise we were making, so Candace quickly grabbed it. Looks like a heavy load. Hang on tight! 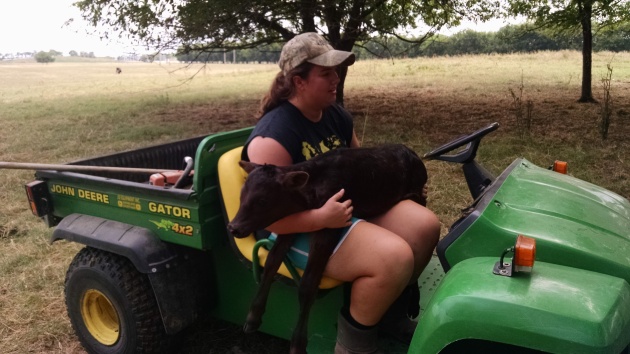 We loaded up all of our weapons and headed home. The new calf was hungry and so were we. 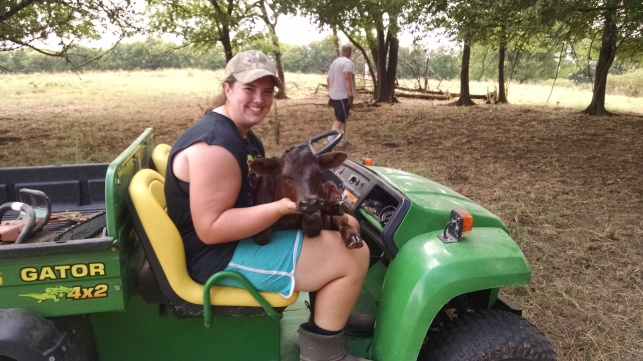 By the way…….stick that “rear end” out the other way, I don’t want “new calf poop” on my gator. Earl is back there looking for any last minute kills. Making sure we didn’t miss anything that needed to be cut down. Once he gets started, it’s hard to shut him down. We made it up to the barn without a “poop” mess, but the calf did decide to pee all over everything. Thanks a lot! 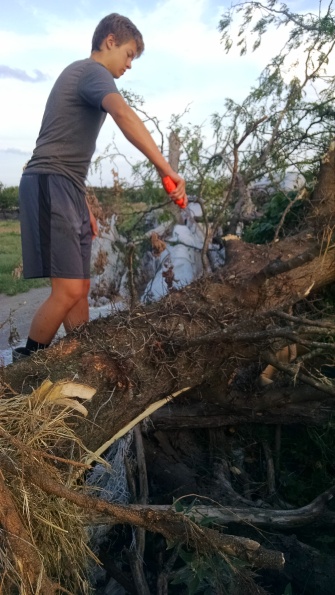 Michael wanted to get in on the action too. He was out there on the pile after school whacking away with the machete. Just look at all those wicked, wicked thorns. Ouch! I don’t know which is Michael’s best friend……the machete…….or the B.B. gun. It’s survival of the fittest around here, that’s for sure……………………..Carol