Last week was a rough week for the milkmaid. I’m saying good riddance and hoping that this next week brings brighter days. I guess my sinuses / allergies decided to wake up from their winter hibernation.  It was a head throbbing week. One of those where you feel as if your head is about to explode. I never get headaches…..I thought I was dying. So this morning, it finally occurred to me that I wasn’t knocking on deaths door…..I just had major head problems. Haha Anyway, I finally felt it loosen its grip this afternoon. I think I’m going to survive. 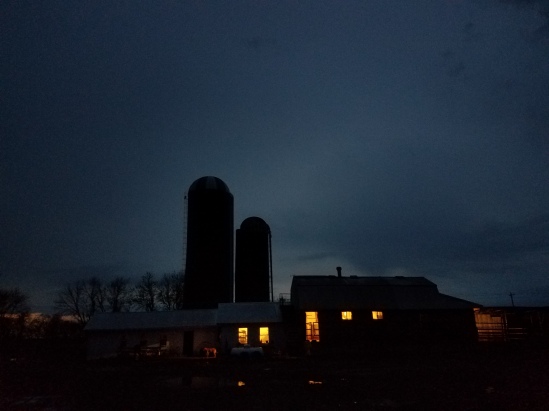 This was what my mood looked like last week. Dark, gloomy, cranky, and tired. Are we allowed to have bad days?! Earl told me that all I needed was a weekend off and I’ll be good as new. That’s right, he owes me. I’m thinking I need more than one weekend off. Maybe double what he had? Is that fair? Is anything fair? Either way, I feel so much better…..the head issues finally decided to give up. Although, I still have a few other issues I’m going to have to deal with.

Issues about some cow named Dolly marching through my garden. Don’t be giving her a hug Marshall, she was a very naughty girl. I know, because I saw her telltale footprints. And then we have the dogs…..they’ve been having wrestling matches in the freshly tilled dirt. Don’t they know that they are stepping on holy ground?!Someone pulled out a bunch of onions. Was it the dogs or the cow?! Then we have Farmer Brown. He’s the one that left the gate open for Dolly. I voiced my displeasure, trying to remain somewhat calm. He acted innocent. I have the perfect comeback though. Next time the gate is left open….we are having spaghetti for supper. The “man” hates spaghetti….with a purple passion!  Haha Sweet! 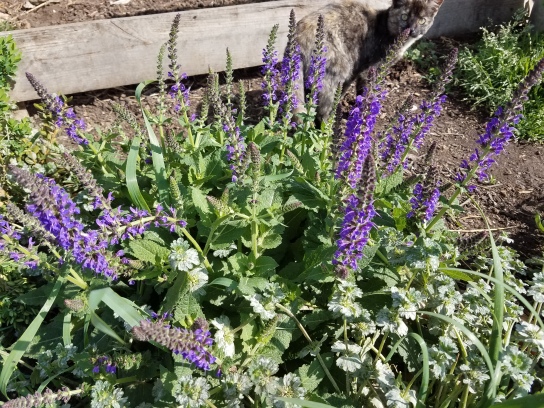 Next it was the Sunday morning drama. Earl found a cow down with milk fever…trying to calve…the calf is breech… Trouble! So he treated the cow, pulled the calf, tried to resuscitate it, but to no avail. It died later this afternoon. That’s never a good day. Waiting for nine months and then we get nothing. So, as I was cleaning everything up, I noticed a few flowers blooming in my flowerbed. Lovely! Except for the nasty cat staring at me. Shoo! Get away! Surely, this next week will be better.

And then I see this tulip. Beautiful! After a rough week, I decided that I need to step up my game. I need more iced coffee, a Dr. Pepper every now and then…..that does heal all diseases, right?! And recite Psalms 23. Over and over! Maybe bang my head against the wall a few times too. The brightest spot of my week…….I talked to our favorite farm girl. Candace! Yep…she’s doing great. Happy. Safe. Still excited. And loving life. She sent me all kinds of pictures……that story coming up next. You will love it………………………..Carol